To share your news, please send press releases and announcements to editor@insulation.org.

Dana Vlk has begun her term as NIA’s new President. The first female to hold the office of NIA President, Dana Vlk is based Baltimore, Maryland, and is a Senior Advisor for Distribution International, Inc. (DI), which is based in Houston, Texas. Her career at DI has spanned almost 40 years, where she has served in senior leadership roles and led growth initiatives. During her term as NIA’s President, Dana’s theme is Let’s Make It Happen, which emphasizes her focus on education, industry growth, and NIA membership growth. Her term will conclude at NIA’s 65th Annual Convention, April 15–17, 2020, at the JW Marriott Scottsdale Camelback Inn Resort & Spa in Scottsdale, Arizona.

Johns Manville (JM), a manufacturer of building and specialty products and a Berkshire Hathaway company, recently announced John Vasuta as the new President of the company’s Engineered Products business. John will lead a global business that manufactures glass fiber nonwovens, polyester spunbonds and glass fibers for the building and construction industry. John most recently worked at Bridgestone Corp. as President and Managing Director, Firestone Building Products International as well as Global Senior Vice President, Firestone Building Products. A Premier 12 Insulation Outlook advertiser and Gold Elite Foundation contributor, JM is based in Denver, Colorado, and has been a member of NIA since 1958.

Knauf and USG Corporation recently announced the completion of Knauf’s acquisition of USG. “This transformational transaction is the largest acquisition in Knauf’s history and, accordingly, presents significant opportunities to create a stronger, more sustainable company for our employees, customers, and communities,” said Alexander Knauf, General Partner of Knauf.

Former Knauf Insulation, Inc. CEO Christopher Griffin is now serving as CEO of USG and recently announced that Matthew Parrish has been appointed as the new President and Chief Executive Officer of Knauf Insulation, Inc. Matt joined the organization in 2017 as VP of Residential and Light Commercial Sales. He brings 29 years of experience in building materials, primarily in insulation and cement. A Premier 12 Insulation Outlook advertiser and Gold Elite Foundation contributor, Knauf Insulation, Inc. is based in Shelbyville, Indiana, and has been a member of NIA since 1978.

Saint-Gobain has appointed Mark Rayfield as Chief Executive Officer of Saint-Gobain North America. In this role, Rayfield will oversee Saint-Gobain’s building solutions businesses in the United States and Canada. As such, he will continue to serve as CEO of CertainTeed, Saint-Gobain’s manufacturer of building materials for commercial and residential construction.

With nearly 20 years of experience within the Saint-Gobain family of brands, Rayfield will build upon past success in the United States and UK to increase collaboration across the North American organization and focus more on using consumer insights to inform his business strategy.

Rayfield succeeds Tom Kinisky, who now takes on the role of Chairman of Saint-Gobain in North America and Chief Innovation Officer globally for the company. With Kinisky focused on driving innovation and Rayfield spearheading on-the-ground building solutions in North America, Saint-Gobain and its family of brands (such as CertainTeed) will streamline their business strategy to develop more customer-centric, innovative, and sustainable solutions.

Saint-Gobain’s CertainTeed is based in Malvern, Pennsylvania, and has been a member of NIA since 1995.

Over his 53-year career, Dan Osborn was involved in the Midwest Insulation Contractor Association, where he served as President in 1983. He also served as NIA’s President 1989–1990. For more than 20 years, Dan owned and operated DaKO Services in Lincoln, Nebraska. In November of 2017, he sold the business to Luse Holdings, based in Aurora, Illinois. Dan and his wife Joy will retire to Des Moines, Iowa. We wish Dan and his family well!

GIC is based in Medford, Massachusetts, and has been a member of NIA since 1998. 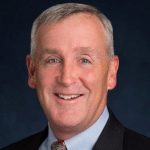 Johns Manville (JM) recently announced that Dave Skelly will assume leadership of the Performance Materials & Industrial Insulation Group (IIG) businesses as the General Manager. With over 36 years of experience at JM, Dave brings a wealth of knowledge and expertise to the team. He joined Johns Manville in 1980 and has worked in a wide variety of roles within JM’s insulation businesses, from field sales and sales management to product and marketing management. Dave assumed his current role as Director of Sales of Performance Materials and IIG in 2011. A Premier 12 Insulation Outlook advertiser, JM is based in Denver, Colorado, and has been a member of NIA since 1958.

It is with great sadness that we share the news of Frank Barbee’s passing on August 23, 2018. A very active and involved member of NIA. He served on NIA’s Board of Directors from 1998–2002 and was the 1999–2000 Associates Committee Chair. Frank worked for NIA member company, Thermal Ceramics. After his retirement in 2000, Frank worked with NIA from 2003–2005 to help with our advertising sales. Frank was 82 years old and is survived by his wife of 58 years, Eleanor Barbee, and their 2 children and numerous family members.

Michael Giasson recently joined General Insulation Company (GIC), Inc.’s Lewiston, Maine, office as its new Operations Manager. He comes to GIC from Kamco Supply Corporation where he worked for 15 plus years and received multiple awards for outstanding performance and leadership. GIC is based in Medford, Massachusetts, and has been a member of NIA since 2008.

Owens Corning recently announced that Brian Chambers has been appointed President and Chief Operating Officer. He has been President of Owens Corning’s Roofing business since 2014.

“The creation of a Chief Operating Officer and the appointment of Brian Chambers will create additional senior management capacity to accelerate our progress on growing the company,” said Mike Thaman, Chairman and Chief Executive Officer.

A Premier 12 Insulation Outlook advertiser, Owens Corning is based in Toledo, Ohio, and has been a member of NIA since 1966.

A Premier 12 Insulation Outlook advertiser, Polyguard Products is based in Ennis, Texas, and has been a member of NIA since 1993.

Dan Bofinger began his term as NIA’s new President at the conclusion of the Annual Convention in Orlando, Florida. Dan is the Regional Vice President–East of FBM-SPI, which is based in Tustin, California. His career with FBM-SPI and its legacy companies has spanned over 35 years. During his term as NIA’s President, Dan’s theme will be Making a Difference, which emphasizes the many ways the people in the industry, NIA, and mechanical insulation can have a positive influence on our relationships, our careers, and our environment. His term will conclude at NIA’s 64th Annual Convention, April 3–5, 2019, at the Grand Hyatt Baha Mar in the Bahamas.

K-FLEX USA is based in Youngsville, North Carolina, and has been a member of NIA since 1994.

Saint-Gobain, the parent company of CertainTeed, recently announced the appointment of Mark Rayfield as CertainTeed’s new President and Chief Executive Officer. In this role, Mark will lead the CertainTeed family of products, which includes ceilings, insulation, gypsum, roofing, and siding. He will also serve as the Region CEO of Saint-Gobain Construction Products for North America. Since 2013, Mark has served as CEO of Saint-Gobain Building Distribution United Kingdom and Ireland. His goals for CertainTeed include continuing to strengthen its relationships with channel partners through increased focus on customer needs at all levels.

The Boards of Directors of Irex Corporation and North Lime Holdings Corporation recently have elected Lori Pickell to the position of President and Chief Executive Officer. Lori joined Irex as Assistant to the Treasurer in 1987. After several promotions, and most recently served as Chief Financial Officer and was elected Corporate Secretary. During the years she has served as the company’s CFO, revenues more than doubled and operating income increased more than fourfold. When Lori became Irex President and CEO, then President and CEO W. Kirk Liddell became the President and CEO of Musser Park Holdings Corporation. Based in Lancaster, Pennsylvania, Irex Contracting Group has been a member of NIA since 1982.

Distribution International, Inc. (DI), a distributor and fabricator in the mechanical insulation market, recently announced the appointment of Steven N. Margolius as President and CEO. Steve is an experienced distribution executive with leadership experience gained at HD Supply, Arrow Electronics, and GE. Throughout his tenure at HD Supply, Steve served in various roles including Senior VP at HD Supply Facilities Maintenance, President and CEO of HD Supply Power Solutions, President of HD Electrical, and COO of HD Supply Utilities. Fields of experience during his career include sales, finance, information technology, operations, and supply chain. His efforts resulted in increased sales growth and EBITDA as well as the success of many transformative initiatives streamlining essential support functions and operational practices. A member of NIA since 1998, DI is based in Houston, Texas.

FBM-SPI announced the appointment of John Moten as Vice President, Investor Relations. In this role, John will oversee the development and management of the Investor Relations department for Foundation Building Materials, including communications with shareholders and sell-side analysts. FBM-SPI is based in Tustin, California, and has been a member of NIA since 1984.

Gribbins Insulation recently announced the addition of Kent Kafka as Safety Coordinator. Kent brings over 20 years of expertise to Gribbins, including prior experience as an Indiana Occupational Safety and Health Administration (OSHA) Industrial Hygiene Compliance Officer, as well serving as an Industrial Hygienist/Safety Consultant. Kent noted, “What I find most impressive about Gribbins’s projects is the use of the latest technology and state of the art methods of producing and installing insulation, all while using the safest methods and going beyond what the OSHA standards require.” A member of NIA since 1990, Gribbins Insulation is a commercial and industrial mechanical insulation contractor serving the Midwestern United States. Headquartered in Evansville, Indiana, the company has 5 branch offices in Indiana, Illinois, and Kentucky.

By unanimous decision, the NIA Board of Directors inducted Ronald (Ron) L. King as a permanent honorary member of NIA. Ron is a Past President of NIA, the World Insulation and Acoustic Congress, and the Southwest Insulation Contractors Association. He was awarded the NIA’s President’s Award in 1986 and again in 2001. Ron has served NIA with distinction, including service to NIA’s Executive Committee and Board of Directors, as a Past President Advisor, and as a member of numerous NIA Committees, most notably the Foundation Steering Committee, which he co-chaired from 1998 to 2002. Ron is a 50+ year veteran of the commercial and industrial insulation industry and retired in 2004 as the Chairman, CEO, and President of a large national insulation distributor/fabricator. He currently serves as a consultant to NIA on a variety of educational, outreach, and governmental initiatives, including coordinating many association alliance-partnership activities. Ron is the second recipient of this prestigious honor, the first being P. Thomas Fraatz, who received the award in 2010. This designation allows the individual to be recognized as a member of NIA in all ways regardless of their employment status. NIA extends our sincerest thanks to Ron for his leadership and his dedication to advancing NIA and our industry