Lagging is the easiest component at a steam-generating facility to inspect, even from a distance. Unfortunately, many power plants fail to recognize the early signs of improperly designed or installed lagging. It is recommended to inspect the lagging both while the boiler is running and during a boiler shutdown. Inspecting lagging in both the cold and hot positions will give a good indication of whether it was installed correctly.

A lagging system is improperly installed when:

As an example, closing an access opening into a boiler wind box will require the following work (notice the tools typically used).

Lagging requires finishing tools to complete the work. These finishing tools (tin snips, hand seamers, and grinders) are necessary for the lagging to be deemed properly installed, and they require the most work experience.

Galvanic corrosion occurs when different types of metals make contact with each other. It has the potential to create a hole in the lagging and allow water to penetrate to the plate or casing. This type of corrosion can be prevented by painting the surface of the dissimilar metal materials (e.g., carbon steel angle iron in contact with aluminum lagging) with heat-resistant aluminum paint or by gluing thin felt-type insulation over the face of the dissimilar metals before the aluminum lagging is installed (making sure the felt has the correct temperature rating).

The Importance of Properly
Installed Lagging

Galvanic and oxide corrosion should never happen and are easily avoided. Plate corrosion, on the other hand, is harder to avoid. It begins with better training and improved awareness about the importance of lagging. It also requires a higher expectation of lagging workmanship from the crafts and the plant personnel, employing experienced crafts personnel who have worked at power plants, and using the right tools of the trade.

Lagging may be the last thing installed at a power plant, but it should be the first thing considered before beginning to insulate boilers or storing materials. 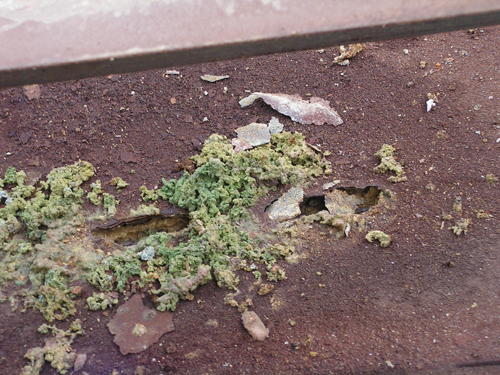 Close-up view of holes in a flue plate caused by corrosion. 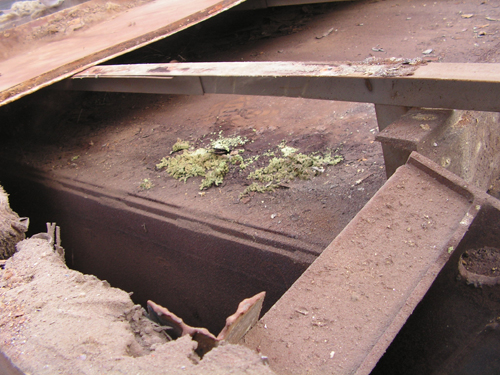 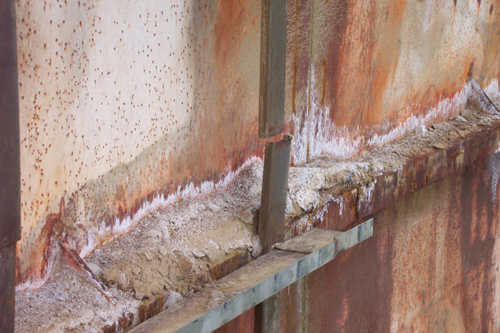