When the U.S. Department of Energy’s National Renewable Energy Laboratory in Golden released its 506-page RFP for a non-negotiable LEED-Platinum-certified office building, it wasn’t clear how something jammed full of sustainable elements would take shape.

The RFP laid out not what the building should look like but how it should perform; it was up to the design-build team to come up with the rest. At 222,000 sq ft, the Research Support Facility, completed in June, is the largest net-zero-energy building in the nation, and is supported by a matrix of innovative features, most of which were designed by NREL scientists.

To select the design and construction team for the project, NREL developed a performance-based, design-build procurement process, which required prospective teams to develop a concept design and substantiate how they would achieve the 23 requirements set forth for the project and stay within the $64-million budget, says Greg Collette, DOE project officer.

“Requirements for the building included LEED-Platinum certification leading to net-zero operation, demonstrate active alternative-energy technologies, and serve as a model for construction, operation, and financing communities,” he adds.

But before there could be a design, or even a concept, there had to be a team. The project required an integrated design-build team of big brains and small egos that would work together to achieve a remarkable goal.

After reviewing qualifications, NREL invited three teams to compete by providing in 10 weeks a design addressing the agency’s performance-based RFP.

Haselden Construction of Centennial, Colorado, and RNL of Denver, which had joined forces as one of the three teams, quickly deduced that the only way to meet the client’s green requirements was to derive the building’s form and layout from them, and secondly, that the mechanical/electrical engineer would have to lead the way.

They determined to bring a leading mechanical contractor to the project and, though neither had worked with Stantec Inc.’s San Francisco office before, they asked the firm to join based on its solid reputation for innovation.

Stantec Principal John Andary and his team immediately started energy modeling, passive design simulations, and other related studies. It was not until a few weeks later, after the heating and cooling and lighting systems had already been selected, that the design team met in person for the first time.

“By the time we had that first meeting, the design competition had only 6 weeks left for design and price,” Andary says. “We couldn’t get off on the wrong foot.”

The entire team, including structural engineer KL&A out of Golden and civil engineer Martin/Martin Inc. of Lakewood, convened for an extended, 3-day charrette, where members confirmed their belief that the mechanical and electrical systems would be the linchpin of the design.

Joe Hall, KL&A’s lead structural engineer, says, “We knew that the mechanical and electrical drove the shape, the height—all of the building. The rest of the team worked from that point.”

More specifically, the team agreed that to achieve a net-zero energy building on this scale, building orientation, sun control, daylighting, and natural ventilation were all imperative. To realize it within the client’s inflexible budget, the design had to be simple, constructible, and repeatable.

Craig Randock, design principal for RNL, says of the initial charrette, “It was very collaborative, with all ideas and thoughts on the table. Usually people stick to their own expertise, but John [Andary] was thinking about this not as systems, but as a holistic building. We were on the
same page.”

The Haselden-led group was the only team to actually put forth a concept for a net-zero building, and it won the competition. “There was so much jubilation about winning the job, but then the tough realization of, ‘How the heck are we going to do this?'” says Martin/Martin lead civil engineer Matt Schlageter. “It was a remarkable opportunity to make the industry understand that this type of building is possible, but then there was that little fear that it might not be.”

Part of the trepidation centered on the fact that the project was done completely at risk. The RSF is the first application of a new project-delivery model called progressive, performance-based design-build created by the DOE to address both sustainable and fast-track requirements.

“Because of the scale and the client, and the uniqueness of the project, working within the boundaries of a [set] fee was a little challenging,” Andary says.

Hall adds: The incentives “helped, especially since we were completely at risk. There were no more dollars. It makes the design-build team play differently because any change comes out of pocket.”

Schlageter calls the team one “of all the best minds, with everyone participating in what was almost an internal competition. Everybody came up with designs that challenged themselves. Everybody had new ideas, new things.”

A savvy and engaged client was another key to the team’s success.

“NREL did such a good job of explaining,” Randock says. “Yes, they are demanding because they want superior performance by the design team. They gave us feedback, rating us constantly on our performance. A demanding client makes everybody perform to a higher level.”

Even though the RSF building is complete, the project itself isn’t over. One of NREL’s requirements was creation of a manual that could be used to guide future projects.

“Some of it had to be retrospective,” Andary says of the document. “We had to stop at several points and compile things to help us remember everything, but the real effort is yet to come. We have to strip away all the specifics of this project and recognize a process and a plan that could be applied to other projects.”

Schlageter adds: “You have to be able to replicate the process and the building. If it can’t be done twice, it’s a failure. It’s an evolutionary process. The next 50 buildings can take lessons learned from this one.”

Andary maintains that the most compelling lesson of the RSF was also the first: that engineering and performance goals can result in a project that is successful both aesthetically and programmatically. “Engineering-driven and energy-driven design, this is where the industry is going,” he says. 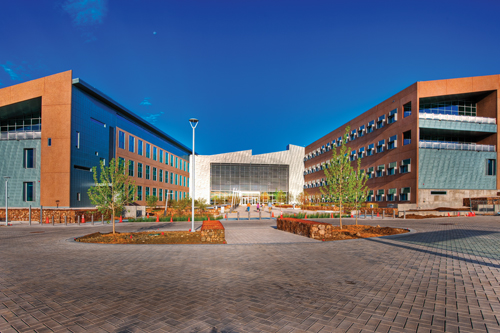 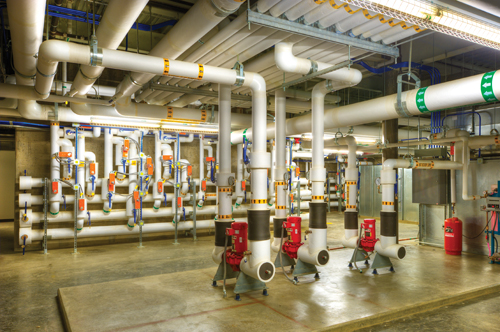