Congress and the Obama Administration are aggressively pursuing energy efficiency, renewable energy, pollution reduction, and energy independence. One element of the Administration’s environmental plan is called “cap and trade,” a policy approach for controlling large amounts of emissions from a group of sources. While proponents point to the public health benefits and environmental protections of emissions control, critics voice concerns about possible effects cap and trade could have on the investment the federal government is making to stimulate the economy.

What Is Cap and Trade?

The goal of cap and trade is to reduce CO2 and other greenhouse gases (GHGs) by setting a limit on carbon emissions while allowing emissions sources to buy or trade for “carbon credits,” if needed to get in under the limit. Key elements are as follows:

In June 2009, the U.S. House of Representatives passed H.R. 2454, the American Clean Energy and Security Act, commonly called the Waxman-Markey bill after its sponsors. The goal of the bill is “to create clean energy jobs, achieve energy independence, reduce global warming pollution, and transition to a clean energy economy.” To reach that goal, H.R. 2454 calls for the federal government to:

The Waxman-Markey bill calls for an increase in federal revenues by $846 billion over the 2010?2019 period, with $821 billion in direct spending, a reduction in future deficits of $24 billion, and an increase in discretionary spending of $50 billion.

Increased administrative costs to the Environmental Protection Agency for 2010 are estimated to be $40 million, with total costs for 2010?2019 of an additional $8.9 billion. Administrative costs to the Federal Energy Regulatory Commission are estimated to be $7.9 billion over the same period—an average annual cost increase of $878 million per year.

Estimates on the cost of the bill for the average household vary widely, from as low as $98 per year to as high as $3,000.

What would an energy cost increase mean to your company and its customers? One example: an increase of $1.60 per Dth of natural gas might be absorbed due to the downturn in natural gas prices in 2009. While there are no guarantees on natural gas commodity prices, natural gas prices likely will return to traditional levels as the economy improves (see figures 1 and 2). Companies need to be able to predict their costs to intelligently price their products and services—which means considering the costs if natural gas prices return to their previous levels.

Not a New Idea

Europe has been implementing cap and trade programs for years with mixed results. The theory is that a market will develop for CO2 credits, with the value of the credit driven by the market. For example, in July 2008, a CO2 unit in Europe was being sold for 29.33 euros. Four months later, the CO2 credit price was 18.25 euros.

In the United States, RECs can be purchased to subsidize renewable energy projects that often have poor returns on investment without RECs. If a company cannot reduce its energy consumption and carbon footprint, the company can purchase RECs from a certified renewable energy producer. Currently, the supply and demand challenge is that only 7 percent of the energy market qualifies as green/renewable. Wind energy has grown dramatically in recent years, but solar photovoltaic energy has been slow to be adopted due to its longer payback period.

Most states have “portfolio standards” for electric generation companies. These states have goals—some have requirements—to obtain 10 to 25 percent of electricity production from renewable energy. Because wind energy has been commercialized in some states, this becomes a ready market for electricity generation providers to meet their obligations. There has been some discussion of making this portfolio standard a federal standard, providing uniform access across all states and electric utilities companies.

How Insulation Fits In

Some proponents of CO2 reduction want to give credits for all energy conservation projects, asserting that energy management projects would have higher return on investment (ROI) due to energy savings, demand-side management rebates, plus energy credit for pollution reduction. Under such a system, every insulation project could create a tradable energy credit. Of course, someone needs to certify the energy savings and, therefore, the credit.

The Energy Policy Act (EPACT) of 2005 provides an immediate expense election for energy projects that reduce a building’s energy consumption at least 16 2/3 percent below the ASHRAE 90.1-2001 edition. The election—under section 179 D—must be supported by certification from a registered professional engineer or a contractor licensed to work in the jurisdiction. Lighting retrofits are relatively easy to certify since the Internal Revenue Service (IRS) issued interim rules: the lighting EPACT opportunity is $0.30 to $0.60 per square foot. The balance of a building can be worth up to $1 per square foot, for a total of $1.80 per square foot. Non-lighting projects require building energy modeling using one of the IRS-approved energy modeling software programs.

Proponents of cap and trade believe higher energy prices will reduce energy consumption and pollution, while critics think cap and trade will impose an unfair burden on consumers. In any event, the concept—with the Waxman-Markey bill—is broadening the dialog. 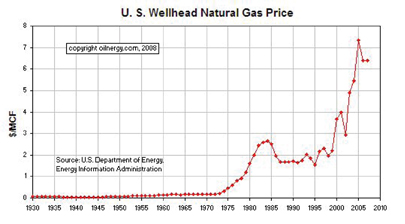 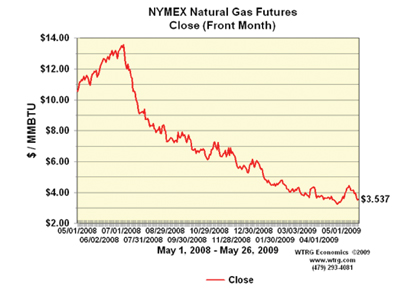