The Boiler Circulatory System: Beyond the Steam-Generating Boiler

For a boiler to make steam continuously, it must have water circulating through its tubes. Boilers use thermal circulation, in which water is exposed to heat and begins to turn into a water/steam mixture. Since a combination of water and steam is less dense than water, gravity will cause the water to move down and the steam/water mixture to rise.

All steam-generating boilers have the same systems described below. For this article, a radiant power pulverized coal–fired boiler is our example.

Within these areas, the combination of water/steam circulates throughout the boiler. Figure 1 shows a typical radiant boiler circulatory system.

Before water can enter a steam-generating boiler, it must first be treated and cleaned of minerals and alkalis (e.g., iron or calcium) that could clog the tubes and prevent proper circulation. After the water has been treated or cleaned, it is pre-heated in feedwater heater tanks. The pre-heated water then enters the boiler at the economizer inlet header. The piping system carrying the water to the economizer inlet header is called the feedwater piping system. (Note: The temperatures shown in Figure 1 for each system are taken from historical data and will vary depending on boiler design and operation.)

Downcomers are large diameter pipes (25 in. IPS) that take the water/steam coming from the steam drum down to the lower water wall headers of the convection pass and furnace walls.

The water/steam circulatory system ends inside the steam drum. However, there is still one more step before the steam enters the next circulatory system. The water/steam mixture entering the drum still contains moisture (water) and so must enter the steam/water separation area in the upper half of the steam drum. The steam/water separation area consists of many cylindrical tubes called cyclone separators. Cyclone separators spin the wet water/steam mix in a cyclonic action, separating the water out of the wet mixture by centrifugal force. The wet moisture falls down into the lower half of the steam drum, where it is mixed with the water/steam coming from economizer outlet header, goes into the downcomers, and begins the circulatory process all over again.

The super-heated steam circulatory system begins with the now dry 688ºF steam. The dry steam rises out of the steam drum from the cyclone separators via steam outlet connection piping at the top of the steam drum. The steam outlet connection piping takes the dry steam to the super-heated steam circulatory system of the boiler.

The super-heated steam circulatory system is where the dry steam from the boiler is super-heated and sent to the electric generator or turbine. Tubes, bundled into sections with multiple loops, are suspended inside the boiler, where hot flue gases from the furnace pass around these tube banks. The number of super-heater tube banks is based on the boiler size and steam outlet temperature requirements.

All exposed piping on the exterior of the boiler requires insulation and finish material (e.g., aluminum jacketing). Understanding the source temperature of the piping system requiring insulating is paramount. The temperature of the drain lines from the economizer inlet is different from that of the drain lines of the lower water wall headers. Soot blower piping can come from either the primary outlet header or the secondary outlet header.

The information contained in this article has been obtained primarily from public sources, without direct input from any of the boiler manufacturers. 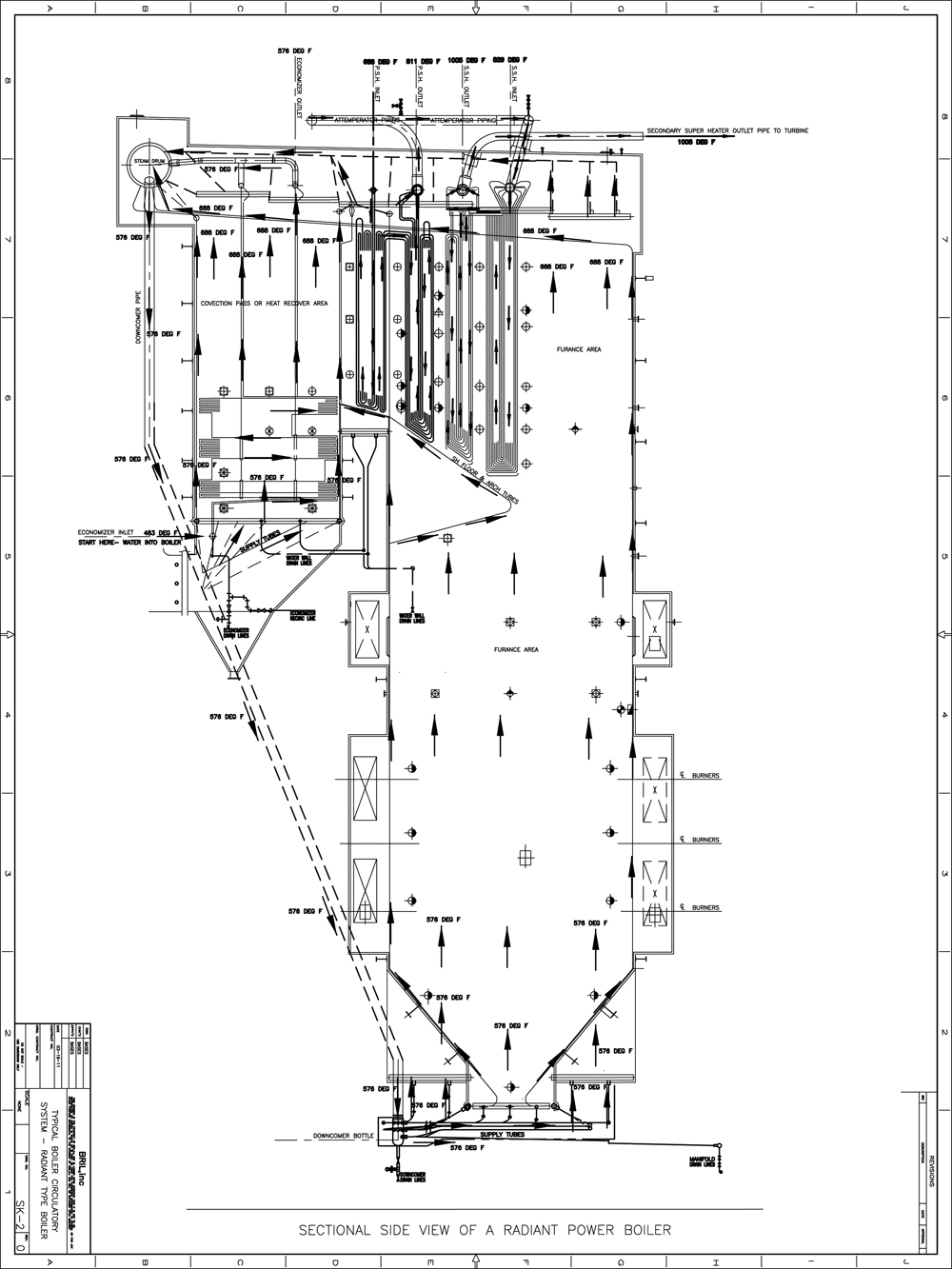 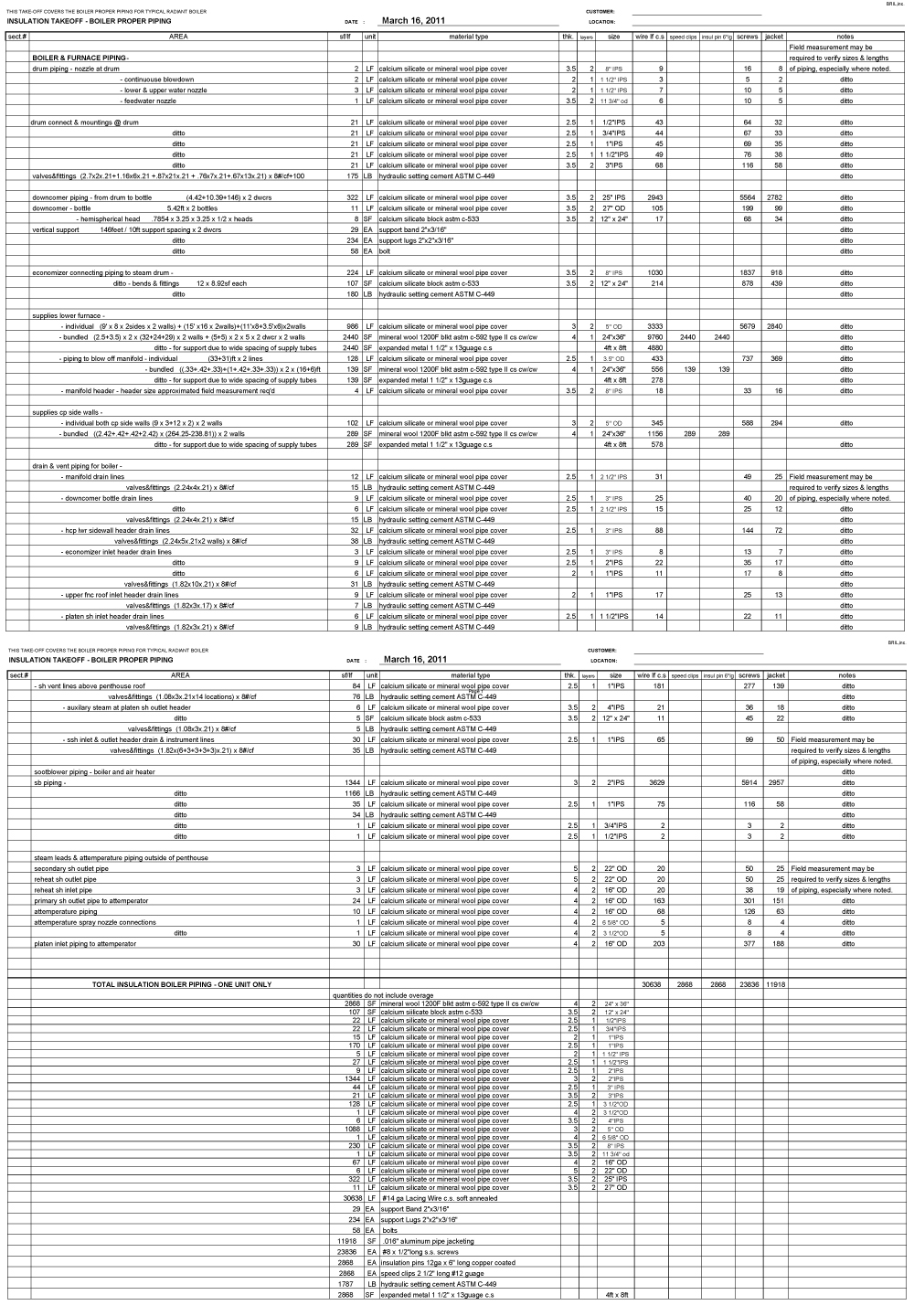 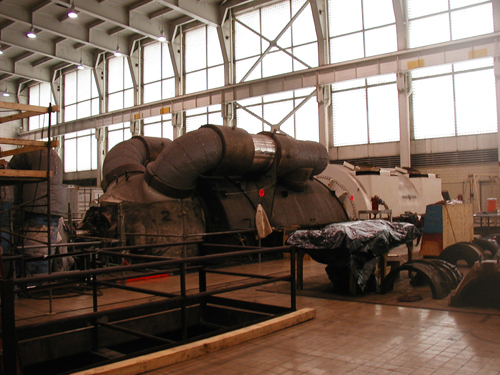 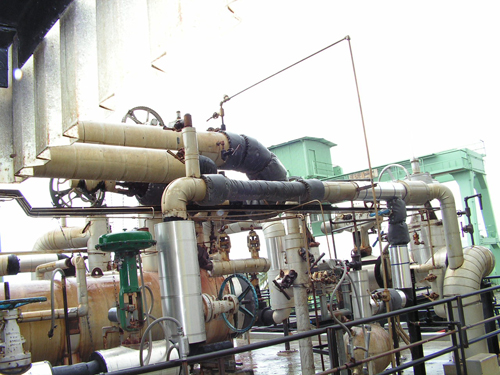