The NIA members who participated in the survey provided information to an independent, third-party company. The company took that information and applied a formula created by NIA to extrapolate the annual size of the laminated metal building insulation industry in the United States. The latest survey was conducted in the first quarter of 2015 to determine industry growth from 2012 through 2014, and to obtain an indication of growth for 2015 and 2016. Survey results indicate that the market is growing. As shown in Figure 1, the U.S. laminated metal building insulation market exceeded $249 million in 2014 (a 13.7% increase over 2013). The market is forecast to reach $275 million in 2015 (a 10.4% increase over 2014), and $304 million in 2016 (a 10.6% increase over 2015). 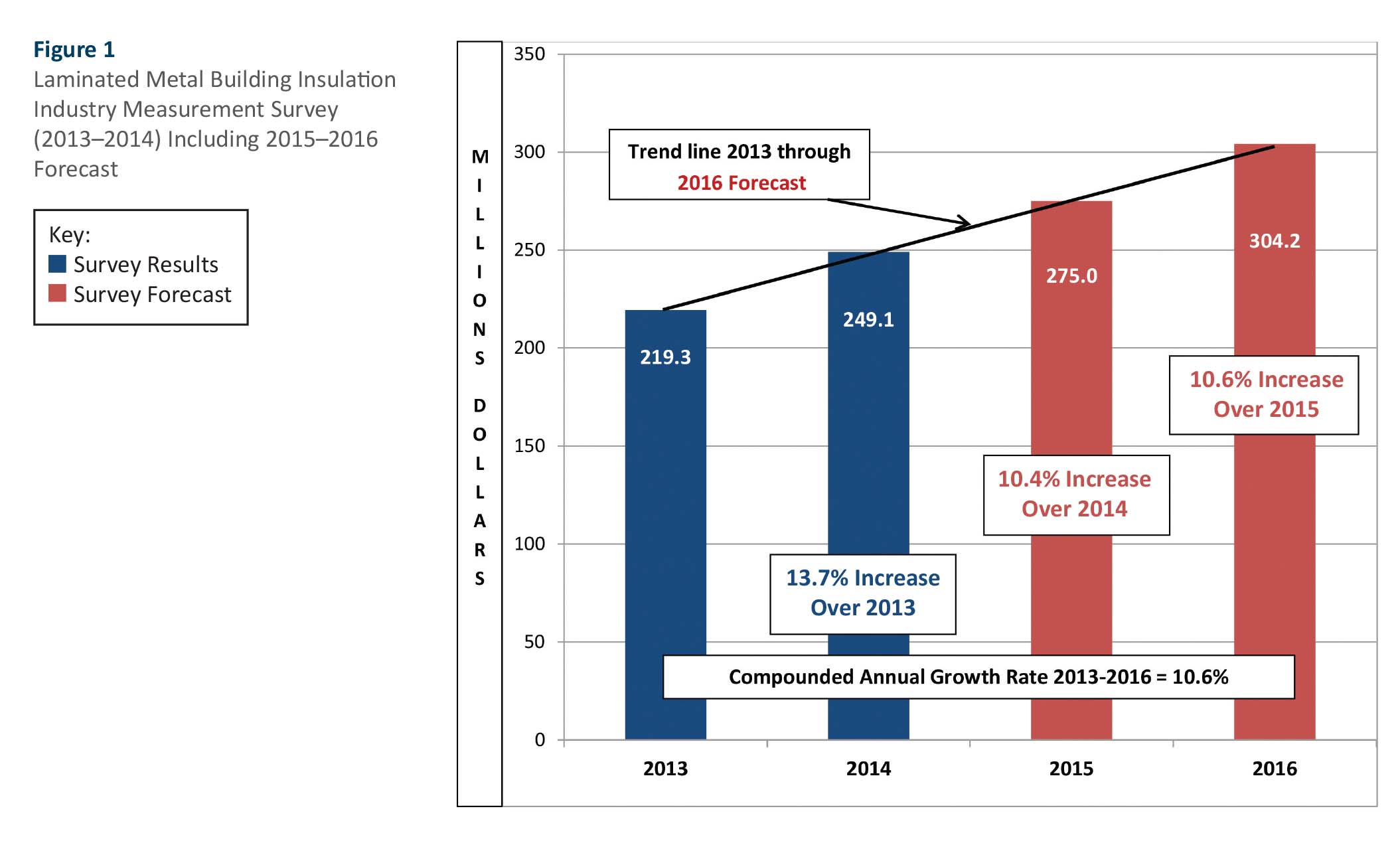 It is important to note that survey responses in regard to 2015 and 2016 forecasts varied from 6% growth to over 15%. Overall growth was expected in both units and dollars (price increases). On average, approximately 50% was from unit growth, which illustrates core industry growth or increased demand for products and services.

Survey results are always subject to individual interpretation. The following is information about the survey and potential takeaways that have been developed in conjunction with conversations before and after the tabulation of the survey data.

We should not undervalue the impact that NIA’s efforts and other industry educational and awareness initiatives have had on the industry. Without those efforts, the bottom of the recent recession may have been deeper, the recovery slower, and the growth trends not as promising.

This article was published in the July 2015 issue of Insulation Outlook magazine. Copyright © 2015 National Insulation Association. All rights reserved. The contents of this website and Insulation Outlook magazine may not be reproduced in any means, in whole or in part, without the prior written permission of the publisher and NIA. Any unauthorized duplication is strictly prohibited and would violate NIA’s copyright and may violate other copyright agreements that NIA has with authors and partners. Contact publisher@insulation.org to reprint or reproduce this content.